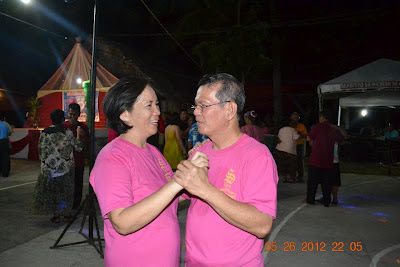 My mother probably earned ten times more than my dad during the peak of her career. She had her own lying-in clinic where she was on call 24/7, while she also made the rounds of the nearby hospitals. My father, on the other hand, worked at the same government agency for the last 30 years, where he climbed his way from being a medical officer to bureau director.


My mom used to say that what she earned fed, clothed, sheltered and put us to school, while my father's salary was used to buy Yakult. And she said this without bitterness or arrogance because it happened to be the truth. She provided for us financially, while my father gave us not only Yakult but also ice cream, bear hugs and checked up on us while our mother was out for another emergency call.

Marriage is a partnership and it was just by chance that the nature of my mom's occupation made her the family's main breadwinner, while my father, although not as flush with cash, was blessed with the time to attend to his children while pursuing a career in government. 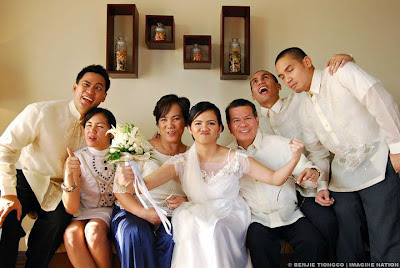 I'm not really sure if they planned it that way, or if it just happened and they rode along with it, but that was the way it was. Now I find myself in the same situation, and although some well-meaning friends tell me that it is the husband's duty to provide for the family because having it the other way around will not only cause him to doubt himself, but will also go against God's plan, I only need to look at my own parents to know that that is a flat out lie.

Everyday, I am amazed at how similar my husband and father really are. They both do not subscribe to ridiculous macho ideals and are secure enough not to be affected with such an "abnormal" set-up. 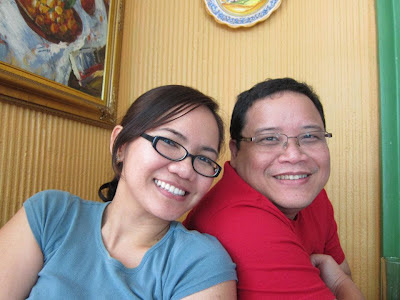 We all have roles to play and now aside from looking like my mother, I also ended up picking up where she left off. I tried to deny it, but yes, I am my mother's daughter through and through. And I wouldn't have it any other way.

It might not be the norm, but this is our normal.
Labels: My Financial Journey

around april/may this year, ado decided he will quit the family biz to finally concentrate on the biz we started last year. we've been looking after it "on the side" for three-quarters of a year before he decided to take the plunge. in short, we also have the "abnormal" set-up right now as you and gary do.

i think we're both lucky to have hubbies who are not so insecure, they think relying on the wife is emasculating.
July 5, 2012 at 4:47 AM