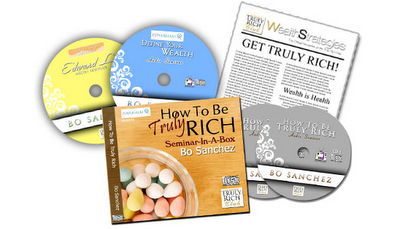 I've been subscribed to Bo Sanchez's Truly Rich Club ever since the year started, and though the daily GodWhispers is nice, what I really look forward to is the monthly stocks update report.


After months of reading about stocks and perusing the charts from the Truly Rich Club monthly reports, I finally decided to take the plunge, because I knew that I would be forced to study up on the matter more if I had something at stake. So for my birthday this year, I set aside Php10,000 to start an account with Citisec Online. Based on Bo's recommended stocks, I picked Cebu Pacific (for loyalty reasons) and Megaworld (because it just became part of the TRC at that time and I wanted to sync my stocks with the monthly chart. Does that even make sense?)

In April, I had earnings of 7.9%, but that was quickly wiped out in May and June and now I'm at a troubling -5.8%. But hey, that's how stocks roll I guess and in his last two newsletters, Bo did say that the next few weeks would be bearish, so I can't really say that I was caught off-guard.

In my almost three months of investing in stocks, I now know what board lot means, although I still had to google the difference between bear and bull markets. And I'm still confused what price to put down when making a bid, so I've been merely copying what the last successful bid was when making my offer.

I obviously still have a lot to learn and it's been pretty exciting. The geek in me is very, very happy.

I just funded my Citisec Online account and I plan on buying minimum board lots of Cebu Pac, Megaworld and Megawide (as recommended by my financial adviser) within the week. Thus, the game continues!
Labels: Financial Literacy Investing & Retirement

Anonymous said…
are you a member of the truly rich club? did you have to pay $251 to get in? i really want to know because after reading your post, i also want to finally pursue stock trading.

I am a member of the Truly Rich Club but I didn't pay $251 to get in. I pay a monthly subscription of Php490++ and that covers 2 stock update reports, buy and sell suggestions, and daily inspirational quotes (God Whispers).

It's like having a financial adviser who does all the research and market analysis for you, so all you have to do is follow his advice. I'm happy with the Truly Rich Club, and find my monthly subscription to be well worth it.
April 10, 2013 at 7:33 AM