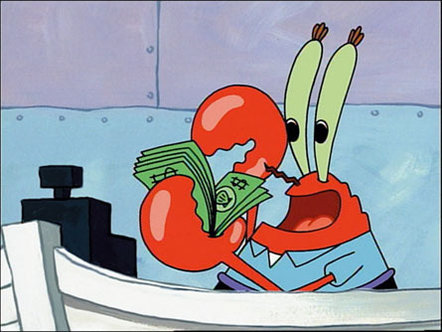 I have long wanted to be frugal, to live well within my means and have something saved for a rainy day, but it has only been in the last year that I've made considerable headway towards my financial goals. Admittedly, I'm earning a bit more than what I used to two years ago, but my expenses have also increased, so I can't attribute my better financial state to a fatter paycheck. What really changed though was my mindset.


Frugality is a complete lifestyle in itself and not just a mere goal. Looking back, my past attempts at frugality were always defeated by repeated bursts of spending buoyed by feelings of self-entitlement (i.e. "I've been ever so good, so I deserve this"). I now realize that before I could be really comfortable with frugality, I had to first get my "poor student" frame of mind out of my system.

Because I was a student for so long and my first job paid peanuts, I always turned to retail therapy or a good meal to comfort myself. There's nothing like a new pair of shoes to erase those years of subsisting on a small allowance, or so I told myself. The pairs of shoes and swag from blogging eventually piled up, but I wasn't any happier, and after a while, accumulating stuff just got old and tiresome.

In due time, stuff became exactly that, and I was no longer enticed by the shiny and the new. And with that slight shift in mindset, I finally succeeded in setting up an emergency fund (after my first attempt was an epic failure) and investing in stocks and mutual funds. Here's what I've come to realize so far:

Frugality is not meant to make you feel small or impoverished, so if it does, then you obviously still have issues to deal with. Thus, before anything else, face the monsters within and do whatever you have to conquer them.

JoanneRK said…
I think part of it also is the "been there, done that" philosophy bec after trying them all, you go back down to the basics - which you realize were more important anyway.
July 4, 2012 at 8:03 PM

Jillsabs said…
Yeah, bells and whistles get old after awhile.

tessa said…
that's why fiji is the place to be! haha

i don't think we would have been able to start a new business this soon if we weren't here. it was the largest investment we've ever risked. i didn't even have to "avoid" the temptation... they weren't here in the first place! i can keep browsing online for pretty things; that they are inaccessible to me is a very big "advantage" haha
July 5, 2012 at 8:33 AM

Jillsabs said…
But what about all those duty free shops.... oooohhh.... hahahaha!

I think seeing products all day everyday (with my racket) and getting sent products to review cured my obsession with products. If inaccessibility curbed your shopping addiction, oversaturation cured mine. And of course, having a teeny-tiny house made me think twice about buying anything new for the simple reason that we simply didn't have room anymore!

golda said…
I love this blog.such an eye opener for someone on a journey to owning less stuff.one of the tricks that work for me is the 1 in-2 out.for every 1 thing bought,I throw/donate two things.After almost a year,I stopped buying so much coz I realized that I love the very little I have and I refuse to part with them.now,i can see empty shelves n the house.yey!
July 7, 2012 at 8:50 AM

Jillsabs said…
That 1 in 2 out method sounds great! Must also try that too.

What also works for us is having a tiny house. If we don't want to be covered in an avalanche of stuff, we have to weed stuff out and dispose of them.
July 7, 2012 at 9:02 AM