Two Steps Forward, One Step Back

While still heady from the achievement of reaching half of my emergency funds goal, I suddenly found myself in a wanton spending spree that still leaves me a little guilt-ridden up to now.


I bought a pair of glasses early this year using a court subsidy and it's been serving me fine, but lately, I've been lemming for new glasses, more particularly, the emo-type of glasses. I know, I know, I'm too old to go Bieber on anyone and it's too late in the day to jump on the emo bandwagon. But what can I say, I've been thinking of buying a new pair of glasses for the last few months and so last Monday, I did just that. 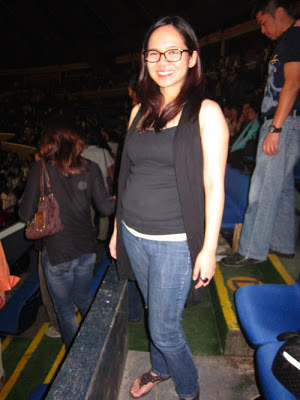 Then that same night, we found out that Elton John was having a concert at the Araneta Center this December 8, and before you could say "Rocketman" I had charged two upper box tickets on my card.

The thing is, we've been quite responsible with our spending as a whole (although we could do with less of eating out to be perfectly honest) and we don't exactly live an extravagant lifestyle, so why am I beating myself up over these little luxuries?

Maybe it's because my now waning Catholic guilt is slowly being replaced by financial guilt. Where every expense has to be accounted for and must be devoid of frou-frou. And there's the fact that we need to save up for my planned maternity leave and Bean related things (strollers, car seats, immunizations Oh my!).

So I'm currently on damage control mode. Last night, I called my credit card and asked that my recent purchases be converted to 0% installment for 3 months and the hubby and I decided that the concert tickets will take the place of our Christmas gifts for each other. Of course, it also goes without saying that we won't be going on any out of town trips anytime soon.

Everything has been ironed out and new pledges have been made. So why do I still feel so guilty? It's tough to be a Type A personality Catholic on the path to financial independence. I sure hope I don't pass this slight neurosis to Bean :(
Labels: Life & Money My Financial Journey