How I Demolished My Credit Card Debt 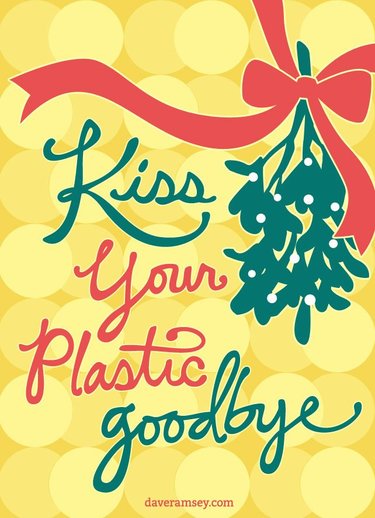 I've talked in passing about paying off my credit card debt a few years back, but now it's time to get to the nitty-gritty, to spill the details on how I said sayonara to debt once and for all. Let's talk numbers:
I wrote about the reason why I got into debt here so I will no longer dwell on it, but let's just say that while other people sigh and swoon over weddings, I cringe at the expense it took to mount that production.

However, we weren't totally without cash because I still had my writing gig, but that just about covered our rent and car payment. Everything else that could be charged to my credit card were bought on credit, leading to more credit card debt. Talk about a slippery slope.

To fully pay off my credit card debt I:
Looking back now, I could have minimized the financial charges I incurred if I called my bank and requested for a loan restructuring. But my masochistic streak showed its ugly head and I forced myself to swallow every peso of the finance charges to drive the lesson home. And what a lesson it was. I've been debt free for almost three years now but I still remember how desolate I felt during those days and how exhilarating it was to pay off my last credit card bill.

Furthermore, I carried  the frugal ways I developed during those debt payment days to my post-debt life. When I was in debt,  I stayed home with my hubby and surfed a lot to read everything I could about personal finance, including tips on getting out of debt. Knowing that there were other people out there similarly situated and who successfully got out of debt really inspired me. Their simple lifestyles also resonated well with me and I started paring down my belongings and giving away the swag I would receive because of my beauty blog.

I still read up on all things personal finance, but now instead of debt reduction, I keep myself informed on the different ways to grow my money and read up on stories of those who achieved early retirement (by 40!!) to inspire myself.

Forget all the glamorous images pushed by credit card companies, credit card debt is the worst kind of debt, the type that just keeps on growing unabated. Better to live a non-aspirational life than a Pinterest worthy one funded by debt.
Labels: Debt Management

It does feels good and liberating not to be a part of a world full of consumerism. Now that I have become/trying to be a minimalist, it's a nice feeling to walk away and say goodbye to all the stuffs that clutters my life.

The funny thing is, nowadays, I am reading about debt-reduction books, even though I don't have any debt-related problems, coz I got bored na on all frugal living, investing, saving and any finance book in general. They offer the same tactics and I got so bored with all of the redundant advise.

Since I love reading about anything debts and how people eventually get out from it, I am totally digging your post!

I like reading lifestyle blogs with emphasis on thrift, DIY and home making. Kinda like a frugal Martha Stewart:p
December 23, 2013 at 11:18 PM

Jillsabs said…
It was actually anticlimactic when I finished paying off all my credit card debt, I half expected balloons to suddenly materialize or something like that.

I wanted to celebrate by going out to eat and then charging it to my credit card, with the real treat being that I could pay it all off the following month and have zero balance for the first time in half a year :)
January 21, 2014 at 8:19 AM