Skip to main content
Labels
Posted by Jillsabs May 20, 2014 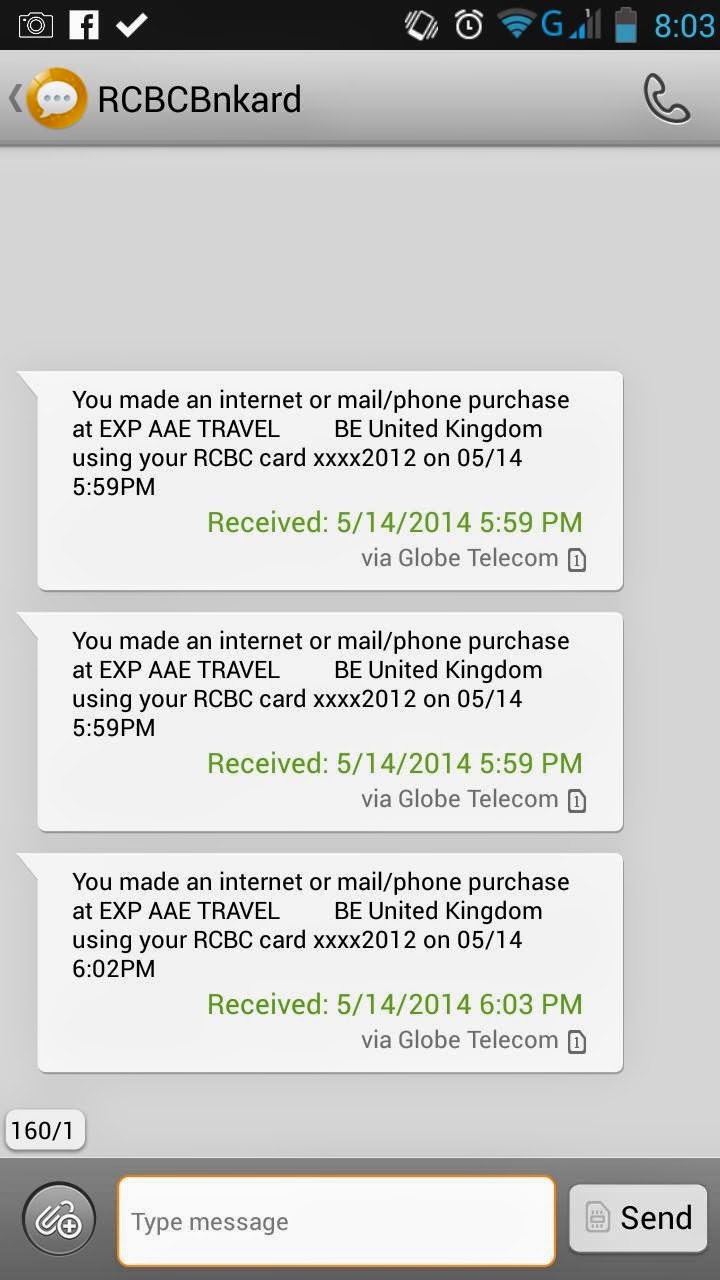 It was just another humid summer day, but when I received these messages on my cellphone, I might as well have had my whole body dunked in ice water because I was shocked beyond belief. It was my first time to fall victim to credit card fraud and it wasn't a pleasant experience.


My credit card provider sends notice through SMS whenever I make an online purchase. It's actually quite amusing how a half second after I click "Pay now", my cellphone beeps. But it was anything but amusing when I read those messages last Wednesday.

I called RCBC Bankard immediately and was informed that two online purchases of Php13,200 each were made on my card.

I denied making those purchases and said that even if I do charge a lot of airline tickets on my card, I always go straight to the airline's website and never course my purchases through a travel agency.

While waiting for the bank representative to make her report, I made a quick Google search on EXP AAP TRAVEL and discovered that I was not its first victim: I was given a reference number and instructed to make a dispute letter. I did just that and attached the above image to my email. I also had that card cancelled and asked for a replacement, which arrived the following day.

I was informed that the charges hadn't been posted yet and even if they were posted in the next statement of account, they would be tagged as being disputed charges.

I received my statement of account today and was so happy to see that the charges were reversed. I haven't received a reply regarding my letter dispute though, and so there's still the possibility that the bank will decide that those were legitimate purchases and eventually post them in a future statement of account, which I will of course contest.

Until I get a confirmation from the bank that those charges were indeed fraudulent and will not be charged to my account, this incident isn't closed yet. But for now, I'm just thankful that my bank has that SMS feature which made it easy to catch the unauthorized purchases and that it acted at once to remedy the situation.

This experience has honestly quite shaken me up though and I'm now studying how I can prevent a repeat in the future. Maybe I shouldn't be as dependent on my card and use cash more often? We'll see.