I'm about to hit the two month mark with my new employer which means that I'll finally be getting paid soon. Hooray!

Also, the latest word is that the voucher for my commutation request will be released by next week so I'll probably be able to pick up my check by the first week of May, also right on the two month mark. Given the fact that I'll have money coming in, our long-delayed condo renovations can finally begin.

The basic plan is to create a doorway between the two units and transfer the kitchen and dining table to the new unit. The TV from our bedroom will also be moved to the new unit and we might even be able to carve out a little play area for our son there.

The biggest expense will be the doorway because the condo admin is charging Php25,000 to have it done. That's right, Php25,000 to knock down a part of the wall to create a doorway. Also the admin will not allow a private contractor to do the knocking down since it insists that there are pipes and whatnot that may be damaged and that it is the only one that knows the schematics etc, therefore it is the only one who can safely create the doorway.

But if the private contractor submits a plan to the admin on where he/she wants to create the doorway and the admin approves the plan, then won't that argument fail?

Anyway, tanggap ko na that I'll have to shell out Php25,000 to connect the two units and will be making the necessary adjustments to accommodate that into our budget (i.e. fixing up the kitchen unit instead of tearing it down and having a new one made). Also, all of our renovations are premised on the idea that we'll be converting the units into boarding houses in about 3-5 years time, hence our renovations should be more along the lines of fixing up the units so that we won't have to do as much when it's time to turn them into boarding houses. Does that make sense?

Speaking of kitchens, the new unit will be converted into our living, dining and kitchen, so we already fixed up the existing kitchen unit there a few months back. But since we were working on a very tight budget, instead of the Php45,000 brand new kitchen unit that our contractor proposed, we just had our suki carpenter fix the old one. Here's how it looked before: 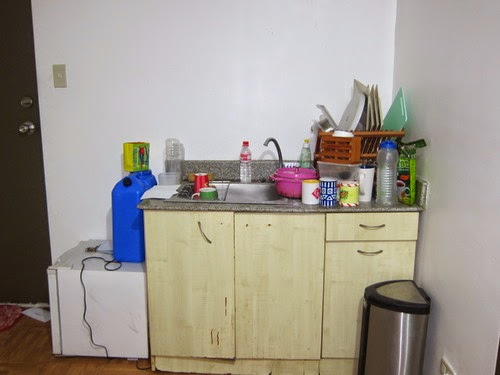 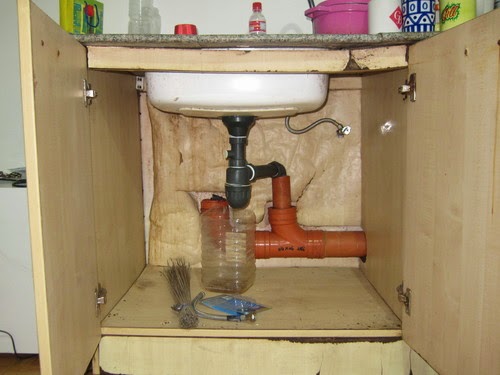 And after it was fixed up and painted over. 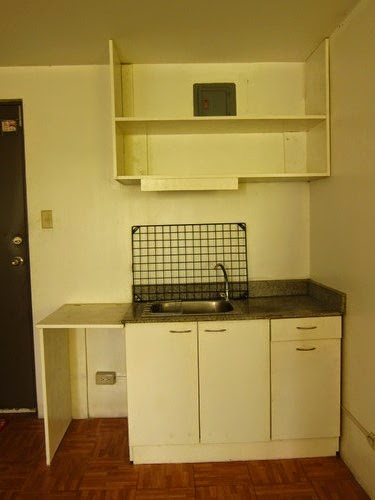 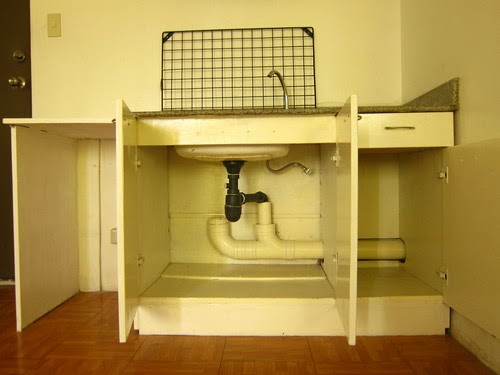 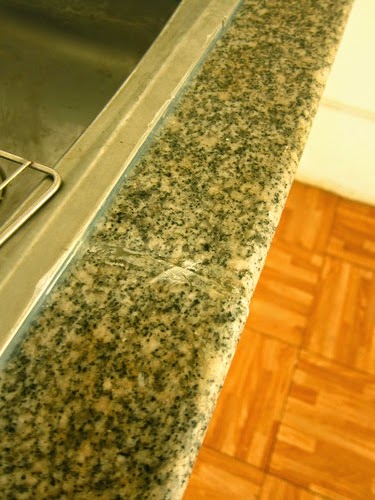 Jillsabs said…
Pakyawan. He told us how many days it will take him to finish it and quoted a price that included both his labor and the materials.
April 27, 2015 at 4:46 PM

Jillsabs said…
BS talaga. No doubt about it. But it's easier to just let them do the work than to put up resistance and haul them to court. I pick my battles and this isn't worth losing my cool over.
May 2, 2015 at 9:16 AM