The Buy Nothing Project 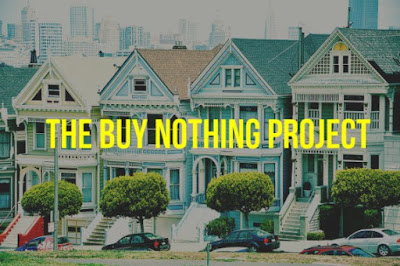 I first got wind of the Buy Nothing Project when it was mentioned in one of the US based personal finance blogs that I follow. The blogger mentioned that he won a slightly wonky refrigerator, but with a little Youtube search, he was able to pinpoint the problem and fix it, so now he had a perfectly usable refrigerator. Another blogger I followed also wrote about how she was able to score gently used baby clothes and a stroller for her soon to be born bubba through BNP.

Of course by then I was super curious about this group that gives away free stuff. However, as I dug deeper, I realized that more than simply passing around stuff that you no longer need, BNP's ultimate goal is to connect neighbors and build a community. That's why it's not surprising to find people asking for volunteers when packing up for a big move, and for their neighbors and strangers to actually show up on the day of the move to help out.

BNP is just starting to take root in the Philippines and so far there are only four established groups, with all four groups based in Southern Metro Manila.

I run the BF Homes group and since starting it about two months ago, I've given away several books and home items, and have received the coolest book on UFO Encounters and a tub of body butter in turn. I originally intended to have a brunch date with the BF Homes group once we reached 100 members, but seeing that we are now 116 strong, that brunch is long overdue and should be planned ASAP. It's a little out of character, considering how much of an introvert I am, but I'm actually excited to meet my neighbors :p

The BNP is a hyper-local group, meaning that they encourage exchanges within the immediate vicinity, since this is the best way to foster ties and create a community. 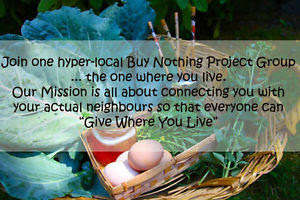 If you're interested in joining the BNP but don't find your area in the existing groups, then by all means, start a group yourself. Being an admin won't take up a lot of your time and it's quite a thrill to see the group expand and witness generosity on a regular basis.

Jill, okay to, ah! More than the items exchanged or given away for free, I like the sense of community and solidarity that the project promotes. :)

Neri Ann said…
We will be moving to Cavite soon too! Pero Im not sure kung kelan medyo matatagalan pa. Gusto ko tong project na to I have lot to give.
October 19, 2015 at 10:04 PM

Unknown said…
Would like to start one in Quezon City =)