When She Brings Home the Bacon 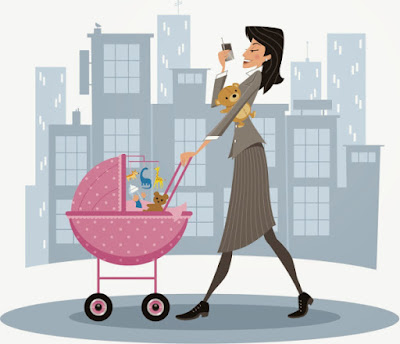 Growing up, I used to hear anecdotes about my Lola, a public school teacher, giving my Lolo, a public prosecutor, a monthly allowance to spend on his tabako and haircut, while the rest of his salary went to her. She micromanaged their family's budget to the peso, which is why all five of their daughters were able to finish college, with the two youngest daughters even going on to become doctors. My mother mused that she used to resent my Lola for her tightfisted ways, but as she grew older, she realized that if my Lola had not done what she did or if she had left the management of household finances to my Lolo, then they would have been mired in debt and would have had trouble finishing school.

In my own family, my mother outearned my father until I was in law school, and this was mostly because she went into semi-retirement from her medical practice.

Suffice to say that having a financially dominant female figure has always been the norm in my life and I didn't think it odd that the mother provided the monetary support and/or handled the family's finances. I only began to realize that this was an "aberration" when my schoolbooks talked about daddies going off to work while mommies stayed home and kept house.


In Farnoosh Torabi's book "When She Makes More", she talked about an alarming trend facing married couples with a female breadwinner or primary breadwinner: 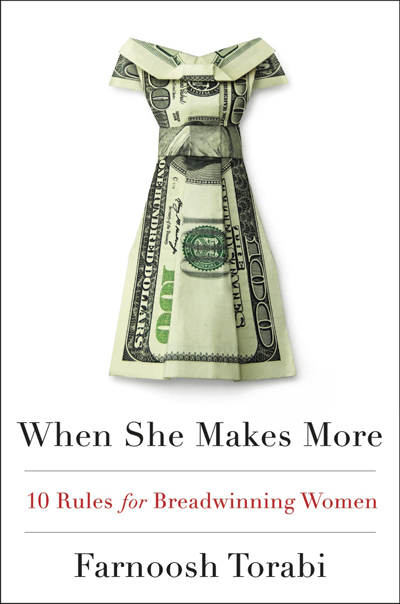 "A few highlights: A 2010 Cornell study found that among 18- 28-year-old married and cohabiting couples who had been together for more than a year, men who were totally dependent on women’s salaries were five times more likely to cheat than men who earned the same as their partners. Other studies show that when women earn more, they wind up taking on more, not less of the housework and childcare. A 2013 study by a professor at Washington University’s Olin Business School in St. Louis who collaborated with some Danish colleagues revealed that in relationships where women made slightly more than their spouses, men were 10% more likely to need prescription medication for erectile dysfunction, insomnia and anxiety, and the greater the income gap, the more problems men had with ED. Torabi conducted her own survey of 1,033 professional women and found that the women who made more than their partners reported less relationship satisfaction and more embarrassment about how much they made compared to their spouse than the women who earned less." (source)

As I read Torabi's book, I was struck by how it wasn't money per se that broke the relationship, it was how money was perceived within the relationship. If the man saw his ability to produce money as his main role in the relationship and his partner ends up outearning him, then it's no wonder that he will begin to resent his wife and will let his relationship with her fall by the wayside. In the same vein, if the wife believes that it is the man's role to provide financially for their family and he is unable to, then she will quickly lose respect for him.

Also, another recurring cause of resentment in the book was how the man seemed to quickly and happily accept the status of female breadwinner and let his partner do all the work. In short, he became a deadbeat husband.

I'm sure the same scenarios also abound in the Philippines, but while I have seen families disintegrate because of money, I have also seen families grow stronger even with the lack of it. So clearly, it's premature to point an accusing finger at money, which is really, just a tool to be used.

I've talked about my parents' unique financial arrangement so often that you may think that it was always peachy keen and happiness between the two of them. It wasn't.

I remember my father coming home one night with boxes of pots and pans, excitedly telling my mom about the special features of each pot and how it was such a steal for only xx thousand pesos. My mom suddenly exploded and screamed at him: "Edgar! How can you buy those when you know that we're supposed to pay the kids' tuition fee in a few weeks?!"*

I had never seen my mom that worked up before. The next day, my dad brought back the pots and pans to the seller.

There are hundreds more similar stories that I can recall and even now, when they're supposed to be enjoying their retirement, my parents still clash over money. But despite their differences in handling money, they have always worked towards a common goal, that being to provide a better life for their children. And that was usually more than enough for one party to raise a white flag and swallow his/her pride.

Now that I'm the wife and mom in a similar unique situation, I turn to my parents, grandparents, aunts and uncles and observe how they made their marriages work, eventually homing in on these four truths:

1. Marriage is teamwork - Marriage is not about keeping tabs about who contributed what or how much or how little the other brought in, it's about digging in and making your relationship work. Of course, for this to happen, both parties MUST want their relationship to prosper, and thus are willing to put in the time and effort to make it happen.

2. Divvy up responsibilities - Money is but one of the many facets of a marriage and it's not even the most important. There's child-rearing, managing the household budget, strengthening the relationship, supporting each other's careers and choices and a million others that take precedence over money. When it comes to bills and chores, figure out who will take what on, and do what's expected of you. Never, ever be a deadbeat spouse.

3. Let the more financially capable spouse handle the household budget- Handling finances is not a man or woman thing, it's a whoever can handle it better sort of thing. Don't let gender expectations get in the way of deciding what's best for your family.


In the end, it really doesn't matter who brings in the money, what's important is respecting your partner for who he/she is and valuing what they bring into your relationship.


*She actually screamed at him in Bisaya, which is never a good sign because that meant that our usually laidback mom was ready to go on beast mode.
Posted by Jillsabs at 11:40 AM

Email ThisBlogThis!Share to TwitterShare to FacebookShare to Pinterest
Labels: My Financial Journey, Psychology of Money