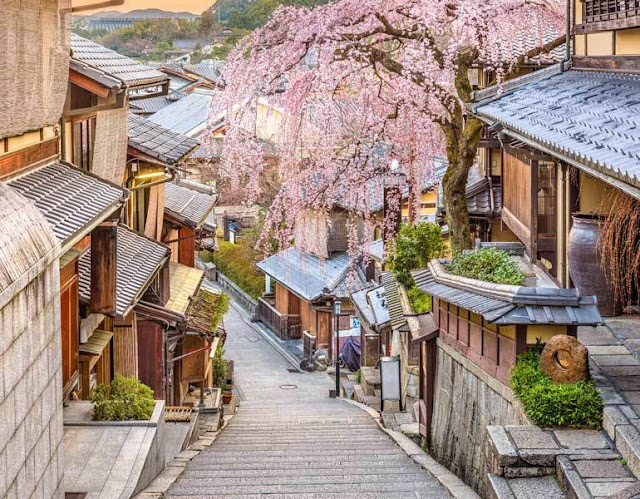 I've been looking forward to our July trip to Osaka & Kyoto for months now. In fact, I've talked about Japan so much that my friends and family are probably sick of hearing about it. But lately I've been feeling uneasy over the trip because of the possibility that we may not be able to afford it after all because: (1) I might be moving jobs after June, which means 2-3 months of no income; and (2) I'll be dipping into our emergency funds for our spending money during the 11 days we'll be in Japan.


The tickets have already been paid for and I could charge our accommodations on my credit card, but even if I convert the room charges to installment payment, that only means that the charges will start coming in during the lean months when I'll just be starting with my new job.


To get you all up to speed, I'm currently rebuilding our emergency funds after it took a backseat to condo constructions, but I haven't been making as much traction as I thought I would since I'm still helping out some family members with their finances. At the rate I'm going though, I'll have about 3 months worth of expenses tucked away by the time July rolls in and then I'm simply going to pillage that for a vacation to Japan? It seems wrong on so many levels.


There's also the option of cashing out some of my investments in order to fund our trip or to tide us over during the dry spell brought about by the new job, but that's not something I want to consider since those funds are allotted for future expenses (i.e. my son's education) and with the market just starting to recover, I'll probably end up selling at a loss. Besides, how irresponsible will it be to cash out my investments because I didn't plan ahead for a trip or the lean months to come? And I call myself a personal finance blogger?!


It's clear that I had my head in the clouds when I booked those tickets months ago, that I failed to fully grasp our current financial situation or reasonably predict what the next few months will bring when my boss ends her term in the Senate. But running the numbers made it very, very clear that if we push through with our Japan trip in July, the next few months after that will be filled with penny-pinching and quiet desperation while waiting for my paycheck to come in. I don't think any vacation is worth that.


And so it's goodbye to Kyoto and Osaka for now. In the meantime, I'll finish building up our emergency funds, and only when that's completed can I begin setting aside money into a travel fund. Besides, I've always heard that Kyoto is lovelier in the fall/spring than the summer :)
Labels: Budgeting & Saving personal travel

edelweiza said…
Hats off to you, Jill! It's hard to say goodbye to a vacation esp. if we're talking about Japan, but you did it. You're one brave woman who can forego such a treat with little effort and minimal regret. Personal finance blogger ka na talaga! Hehe. May I share that Japan is also in our travel destination list. 2017 is our target year, hopefully we'll be able to afford it by then. I have a cousin there who promised to accommodate us in her house so that's one less thing to worry about and spend money for for us. However, if something happens (financially or otherwise) that will prevent us from pushing through the trip, this post will remind me to say goodbye to it bravely. :)
March 28, 2016 at 4:06 PM

Jillsabs said…
Ay, you're wrong with the little effort and minimal regret part. It took a lot of effort on my part to turn my back on the Japan trip, but the regret is more on the fact that we already spent on the tickets and that's money down the drain. Next time talaga, dapat huwag mabulag sa mga piso sales.

You're so lucky to have someone you can stay with in Japan! That will really bring down costs. Crossing fingers that we can both make our Japan dreams a reality in the future.
March 29, 2016 at 6:42 AM