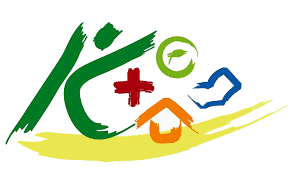 I first learned about Kasagana Ka last March when I was invited to give a talk on personal finance for the Women's Month program of a government agency, and the other speaker, Ms. Evangeline Pe, was from Kasagana Ka. I remember thinking that she was God-sent because I had been looking for a personal finance speaker for my then-office's own Women's Month event in Taguig and I knew that if I didn't find a speaker, I would have to do it myself (Gulp!).

But my prayers were answered because there was Ms. Eva right in front of me, brimming with down-to-earth wisdom on personal finance and anecdotes on her experiences with working with the urban poor. And she said yes to my proposal/begging because she said that Kasagana Ka had really been looking into infiltrating the Taguig market. It was a win-win situation! Woohoo!

Kasagana Ka's key offering is microfinance, but recognizing that it takes more than lending money to help out the urban poor communities it services, Kasagana Ka has bundled up its products to include education, health, shelter, and micro-insurance through Kasagana Ka Mutual Benefit Association, Inc.

From what I remember of Ms. Eva's talk, Kasagana Ka requires a minimum membership of 10 people per group and someone from that group has to do the collection of premiums and remit the same to Kasagana Ka, this minimizes the need for manpower on Kasagana Ka's part and gives the members a sense of ownership over the program.

A few weeks ago, the buko vendor in my old office suddenly texted me to say that her daughter died after their house caught fire. My ex-officemates, and as it turned out most of her other suki in my old office, pitched in to help her and her family out, since her son was also hospitalized due to the fire. But I remembered thinking that if she had only been a member of Kasagana Ka, she could have received Php5,000 or Php10,000 which would have been a great help during her time of need.

The thing with insurance is that you hope that you'll never need it, but you stick with it just the same because when you do need it, you will really, REALLY need it.

Kasagana Ka has so much more offerings than micro-insurance, but at the core of its services is a sincere desire to help the urban poor communities help themselves not with dole-outs but by trying to equalize the playing field with social support and protection.

Kasagana Ka Mutual Benefit Association is transparent with its financial standing and it seems to be very liquid with a Php43,569,343.33 fund balance.

These days, most of the news that inundate us are of the type that make you want to just stay and hide in your bed all day long or high-tail it out of the country and move to the greener and safer pastures of Canada. So it's nice to know that there are still people who doggedly try to do their share in making the Philippines just a little bit better, bringing hope and a vision of a brighter future with them. Forget the Dutertards or the Yellowtards, I'd rather be with the Kasaga Ka peeps and silently toil in the background instead of going on a social media rampage in support of my chosen team.