The Cost of Back Surgery

In the past two months, my husband was hospitalized twice, with the second visit for his back surgery where titanium screws were inserted in one of the vertebrae of his spine (read his take on the procedure here). His doctor, an orthopedic surgeon, declared the operation a success and signed the discharge sheet last Monday, four days after the back surgery.


It's been eight days since he had his surgery and my husband can now walk around our condo with a cane, an improvement from the walker he used when he was discharged from the hospital. I'm ecstatic at how quickly my husband is recuperating but I can't get over what the doctor said during one of our check-ups. He said that the surgery to correct what my husband had (impinged nerve) is a fairly routine procedure, and that he has done literally dozens of them, but 9 out of 10 of those who suffer from it opt not to push through with the surgery because of the costs.


The doctor estimated the cost for back surgery (hospital fee and professional fee) at about Php150,000-Php200,000, and between the Php50,000 case rate from Philhealth and the Php30,000 remaining from the maximum benefit limit of his HMO (we already used part of that during his first hospitalization), I was happy that we would only be shelling out between Php100,000 to Php120,000. My sister-in-law also promised to lend us money, so I didn't have to take out a credit card loan, a salary loan, or worse, liquidate my investments.


However, when we completed the clearances for the operation, the doctor said that upon consultation with a more senior doctor, they realized that the procedure wasn't as simple as they originally thought it would be. This was because the vertebrae involved was no longer as sturdy as it should be so it needed extra support in the form of titanium screws. This is how the screws would look like once inserted. 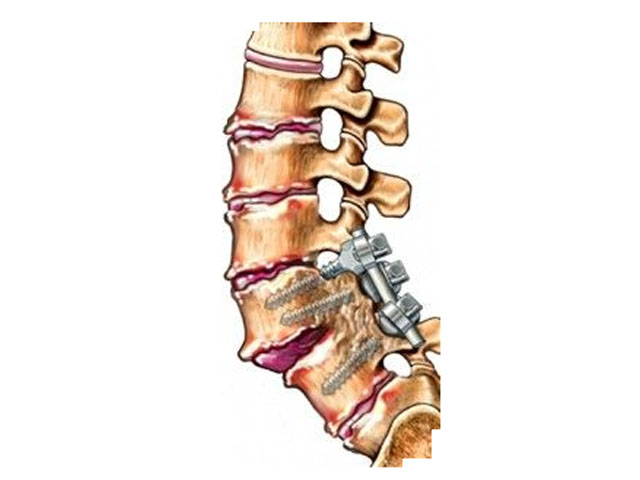 To make a long story short, the screws alone cost Php100,000 which led to about Php240,000 in out of pocket expenses upon checking out of the hospital, after the Philhealth and HMO subsidies were deducted from the total bill.


The good news is it wasn't as expensive as I thought it would be, because I had mentally prepared myself for out of pocket expenses of Php300,000 to Php400,000, so Php240,000 was a "discount". I did have to take out a credit card loan though (payable monthly for a year), since I couldn't bear to liquidate my investments when they were all in the red.


Despite finding myself in debt and rebuilding my demolished emergency funds for the nth time, I still recognize how lucky we were because even if we couldn't pay for the surgery outright with our own cash, we still turned out alright because of generous family members, lines of credit extended to me and our savings. How many people can claim similar access to those resources?


Which is why healthcare really should be a priority of our government and from my experience, Philhealth seems to be on the right path. My husband had laminectomy / discectomy and the case rate for that was about Php50,000, about 16% of our total bill. Admittedly, a 16% subsidy is pitiful but it's still better than nothing. What amazed me about Philhealth though was how efficient the whole process was.


Upon checking in, I was directed to the Philhealth booth and was told to submit a form to be signed by my employer and a certification of contribution, again from my employer. When the final bill arrived, the subsidy was already deducted from the total bill. This is a far cry from the tortuously slow process Philhealth used to be known for, with reimbursement checks arriving months after hospitalization, if at all.


My husband's HMO, Coco Life, also deserves special mention. I purchased HMO coverage for my husband from my past employer, since as an employee I had the privilege of enrolling my dependents with the HMO, with the premium to be paid through salary deduction. My HMO coverage automatically ceased when I was no longer with the Senate, but my husband's subsists until the end of the year because it was paid for, and not just a perk of employment, like mine was. Like Philhealth, all of our transactions with Coco Life were transparent and hassle-free. Now that I've experienced life with HMO coverage, I can't imagine going back to the days when we didn't have it.


I also have HMO coverage with my current employer, but sadly there are no similar benefits for dependents like in my past job. I sometimes think with regret at the job offer I turned down, because it had HMO coverage for dependents with a maximum benefit limit of Php350,000. If I said yes to that, then between Philhealth and the HMO, my husband's surgery would have been covered 100%. But if I did say yes, then I would be in Zamboanga City now, so that always quickly snaps me out of my reverie.


I want to pay off my cousin and sister-in-law ASAP since I know how debts between family members can sour relationships and I don't want that happening to us. I sigh a little when I think of how the money I'm setting aside for debt payment could have been used for savings or investments or making a bigger pre-payment on our mortgage. But there's no use indulging in coulda-shoulda-wouldas. I know why my savings were depleted, which led to us being short in cash and needing a loan for the surgery, and I know that it wasn't for some flimsy reason, so I'm not beating myself up over not having enough cash at hand. The thing to do now is to not breach the trust my relatives reposed in me when they lent me money interest free during the time I needed it. Rebuilding our emergency funds is only secondary to that.

Bhuboy Villanueva said…
Hi, have you considered going to PCSO, I read some story that they get help from PCSO for medical expenses. It is really good to have emergency funds, mine was reduce because of a recent death from the family, but I don't fret about it since I build up my emergency fund for things like those, not its time to replenish it.
October 30, 2016 at 8:25 PM

Jillsabs said…
Mahal magkasakit! Hopefully Philhealth case rates increase in due time and that most Filipinos will be able to have access to HMOs (either through their employers or through individual contribution).

I never really realized just how far behind our country was with welfare states (in terms of everything actually, not just medical expenses), but this really opened my eyes to the work that still has to be done. One step at a time Pilipinas. Kaya natin ito.
October 31, 2016 at 6:37 AM

I think there are only certain conditions that fall under the pre-existing list, and my husband's back issue isn't part of that list.
October 31, 2016 at 6:38 AM

I didn't consider PCSO because I could still find ways to pay for my husband's hospital bills even if my relatives didn't lend us money. We still had our savings and there was the option of liquidating investments, which I didn't like, or taking out credit card and salary loans, which I was more open to.

The process in asking for PCSO assistance is also quite arduous (many requirements, long lines etc) so if I can manage at my own level, I would rather not go through the PCSO process.
October 31, 2016 at 6:44 AM

Bee said…
This post got me to setup my own blog on personal finance. I am in a similar situation. My emergency fund was recently wiped out and I now have credit card debt amounting to 122k due to medical bills. I am so overwhelmed, I don't know what to do. I hope that in putting my journey into words, medyo maorganize ko yung thoughts ko. I feel very anxious :(
November 17, 2016 at 2:26 AM

Second, I find the easiest way to solve a cash issue is to make short term and long term game plans. The long term plan is quite rigid (i.e. pay off debts), but the fun is in the short term plan because that's where you can test your creativity and ability to hustle.

If you want, you can send me an email at jillsabs@gmail.com and I'll help you go over your budget so that we can come up with a realistic game plan to decimate your debt. Also, please share your blog address. I'd love to read another local personal finance blog!
November 17, 2016 at 5:40 PM

Bee said…
I didn't think of that. Thank you. There are indeed things that are a lot harder to fix than this and at least I have an income source to pay it off, I am healthy and no one in the family died. Nakaka-overwhelm lang talaga. It's my first time being in debt na ganito kalaki ang amount. I've been good at clearing my credit card balance every cutoff in the past recent years.

Amidst money problems, at least I have family around me and I am healthy.

I entered my url above. PH-based PF blogs seem to be a very supportive bunch. I could definitely use some input.
November 17, 2016 at 8:04 PM

How to Get Your Philhealth Member Data Record Online – Frugal Honey said…
[…] am an automatic Philhealth member and my husband and kids are my dependents. So when my husband was hospitalized several times in the last few years and I gave birth late last year, I gave thanks for Philhealth […]
May 1, 2018 at 12:46 PM

May i know the name of the ortho surgeon and saan po ginawa? I am currently in the same situation that needs operation as well pero ang qoute saamin ng doctor is 350k to 500k. Saan po kaya kami pwede pumunta? Thanks.
September 2, 2018 at 10:04 PM

Our ortho is Dr Charlie Poblete and he has clinics at Unihealth Parañaque and Parañaque Medical Center.
September 4, 2018 at 7:13 AM

Princess said…
Hi, what hospital did he get operated to? My father has been diagnose back slip disc too. And we have limited funds as well. Hmo fund is slowly running out because he got admitted to st. Lukes emergency on 2 days due to extreme pain. After the Back MRI procedure dun na diagnose un slip disc. Ortho suggested to do 8 sessions physically theraphy but sabi nya there’s no guarantee that it has gradual improvement. So for fast recovery and permanent solution better to have surgery. Problem is mahal nga yun procedure. I would really appreciate any reply. Thanks in advance.
March 29, 2019 at 10:18 PM

Anisa Salong said…
Maam i am having the same operation 2 days from now. I need to ask u important question ASAP and hoping for ir fast response pls message me or call me with this number ****
June 3, 2019 at 5:48 PM