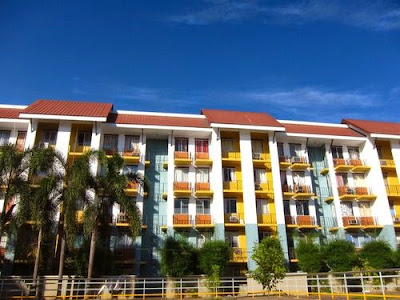 We had barely spent a week at our then new condo unit but I was already plotting how I would resell it (using an assume balance payment plan), take out another Pag-ibig loan and buy a bigger house for our growing family. Checking out house and lot ads and calculating how much loan amount would I qualify for and how much of my salary I should allot for that, became a mini obsession for a while


I didn't think twice about all this because this was my norm, what I grew up with. My parents renovated our bungalow twice and in the process, took out 3 different housing loans in a span of 10-15 years. I thought it was normal to fret over money all the time and to rush to the bank every month to fund checks, otherwise, the PDC would bounce and we would be in deep shite.


But when I began to immerse myself in the personal finance universe and my eyes were opened to the joy of being debt-free and even early retirement, I realized that I was perfectly free not to saddle myself with so much debt. That being debt-free was a viable way of living (imagine that!).


So I began to look at my 30sqm condo with new eyes, instead of trading it in for a bigger house and in the process taking on bigger debt for a longer period of time, I began to contemplate buying the next door unit from my brother and sister. Before I knew it, we had a second unit and after we joined the units with a doorway, we had more than enough space and I wasn't dreaming of 2-3 bedroom houses anymore.

More importantly though, my monthly mortgage for both units is ridiculously low and because we took out Pag-ibig loans for the units, I have the option to throw extra money towards the monthly amortization to bring down the balance, thus, the payment term becomes shorter.


The amortization for each unit is about Php5,500 and I pay an extra Php5,000 for one of the units every month. I plan on increasing the extra payment to Php10,000 - Php15,000 in the next few months and make even bigger payments when I receive windfalls from work, this way, one unit will be fully paid off in 2-3 years time, a good 15 years ahead of schedule. When one unit is fully paid off, I will then put all the extra money towards the other unit and pay that off too ahead of schedule.


I've also been dreaming of adding an extra bedroom for our son, but with the way things are going, I think we'll only be able to do that in 2-3 years time. And since I'm deadset on getting professional help for the layout and other things I want done around the house, renovations really won't be happening anytime soon. First on the agenda is to pay off debts, then bring down our housing debt and after all those are done, only then can we consider renovating our space. It's adulting at its best.


When my parents moved out of our house and moved to the province after my dad retired, our old house suddenly seemed empty and cold. It was then I realized that a house is just a shell and it's the people who inhabit it that turn it into a home. Whether we stay in our 60sqm kingdom for good or trade it in for an honest-to-goodness house when we can actually afford it, only the future knows. What matters is how we choose to make use of our space and I choose to make it a home for my family.
Labels: Life amp; Money

Didi said…
Oh hope you will also consider the increase in your OPEX when you move into a bigger place. Upkeep can be expensive too. More electricity, water, labor costs (if hiring yayas, gardeners, etc), technology upgrades (routers) and maybe even association dues. And the additional furniture you will be getting too
February 11, 2017 at 11:29 PM

May I suggest, as a compromise between your goal of moving into a house and saving up today, that you put some equity into purchasing a lot? So even if you dont plan to build a house yet, you at least move slowly towards that goal? It can also become part of your savings as well since it builds up equity (even if it is harder to liquidate). As an added advantage, its a solid move towards diversification of assets (I am aware through your older posts that you have stocks and near cash assets).

jackie said…
"A house is just a shell and it’s the people who inhabit it that turn it into a home." Awww. This is so true. To me smaller places feel more like home than bigger ones. Our ancestral home in the province feels so lonely and empty, compared to our very tiny 2BR unit in Manila.
Next month we'll have the small sala of our unit renovated. Can you share some of your house renov tipid tips Ms Jill? :) Thank you!
February 13, 2017 at 9:17 AM

Sa housing loan with other banks, yung ibang banks pwede irenegotiate before the anniversary of the loan. Magbabayad ka ng lump sum to be credited to the balance tapos i-renegotiate yung terms and interest rate.

Renov tipid tips sound like a good post idea! I wonder though when I"ll actually get around to doing it :p

But my best tipid tip is to know what you want before you renovate, have a vision in mind and stick to that vision. Then when it comes to budgeting, add 30% to your budget because unexpected things usually pop up when you're renovating.

I have been thinking about buying a lot (are you a mind reader?!) but the possibility of moving is very high with my chosen career, so I honestly don't know where we'll be in the next 5 years and it won't make sense to buy a lot right now. But it is something to mull on.
February 18, 2017 at 7:26 AM

Exactly! I was so naive when I was computing the mortgage costs because I didn't even think about all the other attendant costs. Major lifestyle inflation talaga.
February 18, 2017 at 7:27 AM

George@twentysomethinglawyer said…
I'm so glad you held off on buying that house and lot Jill! Especially when the condo units aren't fully paid yet. Mejo heavy to have two mortgages, ang sad na niyan. that must've taken a lot of restraint..

I to have been contemplating on buying a house and lot once my condo is paid in full this year. But I totally dread a 25-30 year mortgage (when I could just retire early and do nothing lol) so I'm going to need all the restraint I can get! Haha..
February 18, 2017 at 2:57 PM

Didi said…
Oh I also remembered costs of transportation (gas) and TIME! I assume that moving into a house would require you to move further outside Metro Manila. Yung oras in traffic. I've read that it is horrible. I can't even deal with it from here. Ugh
February 19, 2017 at 3:28 AM

jackie said…
Thank you so much Ms Jill!!! Greatly appreciated. I will take note of the 30% cushion. And tama ka sa good sofa, nung una I want a cheaper set, but it will cost more to have it repaired if it gets broken, so might as well spend more on a better, sturdier and syempre comfortable one :) Renov tipid tips blog post soon pls! :)
February 21, 2017 at 9:55 AM

Talia Basman said…
I feel you! What also made me realize that we don't need a big house is seeing my parents' big house becoming empty as we, their children, slowly move out. At walo kaming magkakapatid! So imagine how many rooms are not being used now. But what makes me want a big house is that I see that my parents' house is so alive come weekend because of our weekly dinner and we have rooms to retire to any time. Pag weekday lang sya empty.
March 14, 2017 at 6:15 AM

Jillsabs said…
It's really sad when your childhood home becomes empty no? At least now my brother and his brood of 3 kids live in our old house, but before that, the house felt empty and lonely.