Skip to main content
Labels
Posted by Jillsabs May 15, 2017

The Empire Has Fallen! 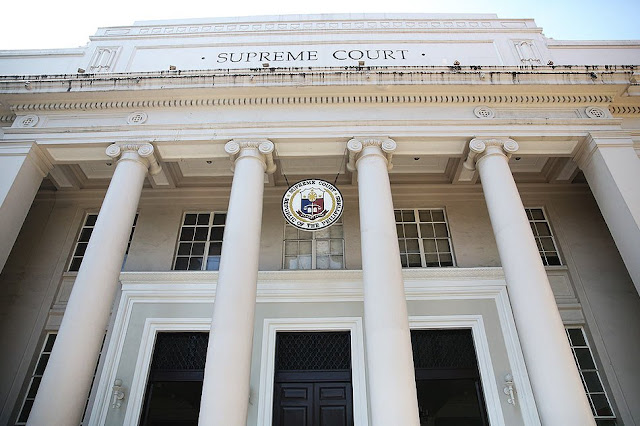 In a perfect world, I will be just like the FQ mom who writes timely posts on events a day or two after they happen. But sadly, blogging is a hobby, not even a lucrative one at that, and it's usually fourth or fifth in line on my list of priorities on a Saturday morning.

And that was my long-winded way of explaining why this post is several weeks late, but hopefully, it still proves itself to be relevant to some people.

If you're not in the legal profession then you can be forgiven for not knowing that last year's bar results yielded the most number of passers ever. EVER.

Prior to the 2016 exams, a 20% passing rate was considered normal, but last year's bar exams had a 59.06% passing rate. But what's even more mind-blowing is that the bar topnotchers all came from law schools in the province, with Karen Mae Calam of University of San Carlos in Cebu taking the top spot. Not only that, 3 other students from University of San Carlos made it to the top 10. Way to go Cebu!

Silliman University also had a strong showing with 3 of its students landing in the top 10. This feels exceptionally sweet for me because one of my schoolmates is a new law school professor at Silliman and I witnessed her dedication and mother hen tendencies towards her students, so this is validation for all of her effort.

Here's the kicker though. Not one Metro Manila school made it to the top 10. I don't think that has ever happened since the bar exams began (although feel free to correct me since I'm too lazy right now to back up that statement with research). Of course, conspiracy theories abounded together with the Bisaya jokes (i.e. the bar was conducted in Bisaya) and chat groups began to buzz with rumors of cheating and leakage. But in the 99.9% times that Metro Manila dominated the bar results, were there similar allegations of cheating and irregularities?

Instead of bandying about unsupported claims, maybe it's time to acknowledge what's been staring us in the face all this time. Good education is not limited to Metro Manila.

I wrote a piece on this exactly a year ago and I'm happy to see that my thoughts then have been proven true with the recent bar results.

Education is more than just learning stuff and skills for the typical Filipino. Education is seen as the only way out of grinding poverty for most Filipinos. That's why it's not uncommon to hear stories of parents getting into debt or selling properties and farm animals just to finance their children's education. And for elder children to help out their parents in their younger siblings' schooling expenses.

I stayed a little over a year in the Senate, but in that short a time, I saw how remarkable our public educators and legislators were. I saw firsthand that contrary to what most people believed, Metro Manila did not have a monopoly on quality education. I saw how government resources can be put to good use if the legislator's heart was in it and I am proud to say that my then-principal was very much a champion for education, with the education budget increasing many times during her watch.

It's easy to feel disheartened and hopeless in the wake of the constant barrage of WTF inducing news, but the recent bar results is proof that good news do happen. And for all of us parents with school-age children, turning our back on imperial Manila is no longer doing disservice to our children. Fresh air, a slower pace of living, and good education. Now that is having it all.
Labels: Life amp; Money

edelweiza said…
Very well said, Jill. Education in the province is becoming more and more competitive. No need to go to Manila to get quality education if you know where to look. Congrats to all the bar passers, mukhang masyadong na-impress ang mga justices, ang taas ng passing rate, hehe! :)
May 19, 2017 at 12:42 PM