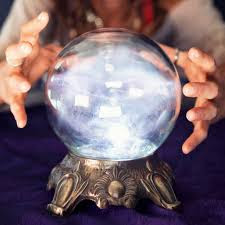 Maven said…
Hahaha. What an experience! XD I am also curious and fond of astrology but I never considered having my palm read. Maybe I should try Maestro Geno some time. :D
August 7, 2017 at 12:00 AM

Jillsabs said…
If you're in the Padre Faura area, I recommend doing it because nakakatuwa siya. Fifty pesos for chika and entertainment :p
August 9, 2017 at 7:06 AM

Jillsabs said…
IKR?! I was also floored with the figure he quoted. But I read somewhere that he helps out some of the vendors along Padre Faura too, he subsidizes the tuition fee of their kids or gives money for miscellaneous expenses. And with his location I'm sure he also has overhead costs just so he'll be allowed to stay there and conduct his business.
August 9, 2017 at 7:09 AM

Patricia Ann Tamba said…
Hi I also went sa kanya last July. Was his reading accurate ba? Like love part where he stated the letters of your lovers? Parang it's kinda hard to believe eh hahah
October 7, 2017 at 9:37 PM