Theft and the Law 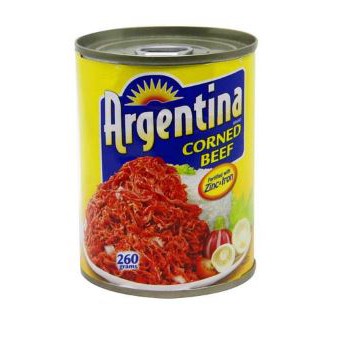 My first job as a lawyer was as an associate in a tiny law firm in Alabang. One of our clients was a real estate firm with lots of developments around the country, including Cavite. During my first appearance at the Municipal Trial Court in Bacoor, Cavite, I was surprised when a few minutes before 8AM, a court staff asked the crowd inside the courtroom to group themselves as follows: SM to the left and non-SM to the right. The crowd dutifully complied and moved seats. After a few minutes, the left side of the courtroom was packed, with people even standing at the back, and the right side, where I was, had less than a dozen people.

As it turned out, the people on the left side had been caught shoplifting at the nearby SM Bacoor and since SM did not have a policy of settling criminal cases, even the smallest act of thievery was prosecuted.

The penalty for theft under Article 309 of the Revised Penal Code is based on the value of the thing(s) stolen. The range of values go from Php5 to Php102,000, with the corresponding penalties ranging from a fine not exceeding Php50, to imprisonment of not more than 20 years. However, Article 309(8) takes into consideration the economic hardship that may have driven a person to steal:


Art. 309. Penalties. — Any person guilty of theft shall be punished by:

8. Arresto menor in its minimum period or a fine not exceeding 50 pesos, when the value of the thing stolen is not over 5 pesos, and the offender shall have acted under the impulse of hunger, poverty, or the difficulty of earning a livelihood for the support of himself or his family.

It should be noted though that the Revised Penal Code came into existence in 1930, when Php102,000 could probably be a substantial downpayment for a house or could even pay for a house. However, that's no longer the case now since Php102,000 is only good for an Iphone X, a powerbank, and a protective case. Thus the amendment of the Revised Penal Code with Republic Act No. 10951 which was signed by President Duterte into law on August 29, 2017. Under Republic Act No. 10951, the original range of values of Php5 to Php102,000 for theft, were increased to Php500 to Php10,200,000, with the corresponding penalties remaining the same.

Back in the Bacoor courtroom, I noticed that some of the SM shoplifters were already released after their arraignment because of time served. Since the Revised Penal Code had not been amended at that time, I'm assuming that the value of the item stolen from SM was either between Php5-Php200 (punishable by arresto mayor or imprisonment of 1 month and 1 day to 6 months) or Php201-Php12,000 (punishable by prision correccional or imprisonment of 6 months and 1 day to 6 years).

This post was triggered by news of an SM supermarket employee who was jailed for stealing a can of corned beef. The media has already gone to town with the news, depicting the SM employee as a poor victim and SM as a heartless and evil conglomerate. But pilferage is a serious crime in any business and SM is well within its rights to refuse to settle incidents of theft or qualified theft, as was the case with the SM employee. Furthermore, as the jampacked Bacoor courtroom proved, theft is very prevalent in SM and their policy of non-settling of criminal cases has not deterred other acts of theft from happening.

My softie heart says that theft borne out of desperation and committed by someone who is clearly not a habitual criminal, should be forgiven as a Christian gesture. But that's exactly why I'm not the one running a multi-billion peso enterprise like SM. I'm sure Henry Sy and his children are decent individuals, but a line has to be drawn and they drew that line at theft and pilferage.

Poverty should never be seen as an excuse to commit crime, no matter how petty it might be. This is an insult to the millions of poor and honest Filipinos who strive to better their lives without resorting to crime. But at the same time, we cannot close our eyes to the fact that poverty pushes people to do acts that they normally wouldn't do.

Maybe SM could offer employee discounts and items bought by employees can be paid in installment through salary deduction to minimize pilferage? Or what if SM utilizes a three-strike policy for its employees, with pilferage of anything below Php100 considered as a strike against the employee? But this is just me and my bleeding heart thinking out loud. I really don't know how to run a company with thousands of employees, millions of customers, and daily incidents of theft and pilferage.

As for the SM employee who stole a can of corned beef worth Php31, he was charged with qualified theft under Article 310 not just simple theft, so his penalty is increased by two degrees from arresto menor minimu to prision correccional in its minimum period (imprisonment of 6 months and 1 day to 2 years and 4 months)

That's right, imprisonment for at least 6 months and 1 day for stealing a can of corned beef. It boggles the mind and breaks the heart.