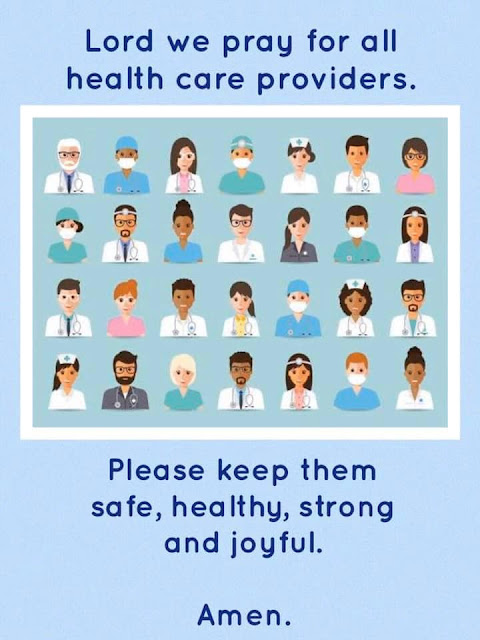 I don't know why President Duterte chose to thank the Chinese president and Bong Go instead of our frontliners and/or health workers at last night's briefing. Whether he just forgot or he really did not value our health workers contributions in trying to keep the virus at bay, it is totally unacceptable.

Before he retired, my father was the Bureau of Quarantine director and was right smack in the middle of the SARS storm. I remember him going home very late almost every night and then leaving for work barely a few hours later. This went on for months, to the point that he suffered a heart attack and had to have an emergency bypass. That's what the stress did to him.

But SARS barely made it to our shores even if it wreaked havoc in nearby Hongkong, because our frontliners gave their all to prevent that virus from entering the Philippines. And I do believe that the same still holds today, that our frontliners are still fighting the good fight despite the obstacles placed in their way (i.e. drastic budget cuts, non-existent border control during the start of the virus spread, an unknown enemy etc).

That's why it guts me that the President did not even acknowledge our frontliner and healthworkers. I'm sure his spin doctors will soon say what needs to be said, but last night's ramblings reveal what and who he really values. No amount of whitewashing can cover that up.

But not everyone thinks like our Chief Executive and majority of the country recognizes our healthworkers' valiant efforts. I personally want to thank our healthworkers and frontliners, past and present, who toiled at the risk of their own health to ensure that the population remained safe and healthy.

*CTTO for the image