I was about 39 weeks into my first pregnancy when I woke up to a snotty mess in my underwear (TMI!). A few hours later, sharp and piercing pains then began to shoot through my large tummy, so my husband and I quickly got in the car and drove to the hospital.

On the way to the hospital, I held on to our car's roof handle and squeezed it tightly every time I felt a contraction. All I could think of was getting through the pain, so I focused my attention on that, willing myself to bear the vise-like grip on my insides, because I knew the contractions won't last and relief, no matter how short, was forthcoming. More importantly, there was a baby to be had at the end of this suffering.

But this is not a birthing story, instead, it's about my realization that in times of deep agony, I have a tendency to go inward, focus on the pain, and ride out the discomfort in silence.

These days though, with the world upended by covid-19 and our own government proving day by day that it does not have what it takes to play with the big boys and girls, my birthing pains have been replaced with creeping anxiety.

Can the Philippines recover from this recession?

Should my family and I just ditch the Philippines and start again somewhere else? Am I ready to start again?

I wonder what happened to the nice man who sells bagoong and chili along Ma. Orosa street? I hope he's doing ok.

Believe it or not, these anxieties are much more excruciating than birthing pains. Because while the birthing pains were physically taxing, they ended pretty quickly and post-birthing pains could be dulled with medicine. But anxiety is incessant and just keeps coming and coming, with seemingly no respite in sight.

Thank goodness I turned to Stoicism last year, as it is seriously helping me deal with my anxiety.

I only began reading up on Stoicism when it cropped up with regularity in the personal finance podcasts I listened to. Because of Stoicism, I learned that disorder is the norm and that most people are ruled by feelings, which is why we seem to be in a perpetual shitcycle.  But what really hooked me on Stoicism was how it guided me to differentiate between what I can control and what I can't, and then to focus on the former for my peace of mind. 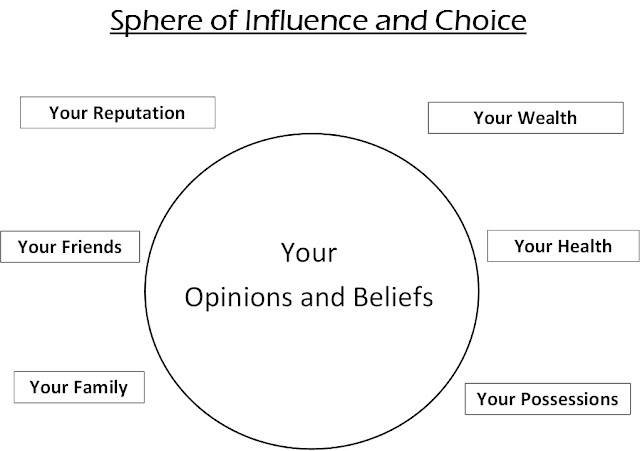 Your sphere of influence or control is much smaller than you think, because all it really contains are your opinions and beliefs. I was surprised to learn that even your own health is out of your control to some degree because you might have a congenital illness or you might get hit by a car tomorrow, both of which will severely impact your standard of living through no fault of your own.

So what you can only really control are your opinions and beliefs and, taking it a step from that, how you act them. Everything else is out of your control and, thus, not worth losing sleep over. I'm probably mangling the entire philosophy behind it, but that's my general perception of Stoicism.

And so now I make a conscious effort to only react to things that are within my control and to merely acknowledge those that I can't, without giving them the benefit of my reaction. I'll be the first to admit though that that's easier said than done and that I have to constantly remind myself to not react to things outside my sphere of influence. It's a work in progress because I am a work in progress.

Has Stoicism cured my anxiety? Nope. A quick browse at online newspapers promptly brings them back to the fore. But Stoicism has taught me how to deal with my anxieties by acknowledging them and not sugarcoating them.  Now I say hello my anxieties and recognize their presence, but after I determine that I can't solve what caused them or that they're way above my pay grade, then I usher them out so they won't overstay and unduly take up the precious space in my limited mental bandwidth.

I have come to accept that I am prone to anxiety, so I have to find a way to co-exist with these emotions and bring them to heel. Because the alternative, of having my life controlled by my anxieties and runaway emotions, is flatout unacceptable.

Che said…
Ooh! Which PF podcasts do you recommend? I've been listening to more podcasts since we were placed on quarantine. I can't trust myself to be alone with my thoughts these days.

Che said…
Thank you! I love her voice. I started from the very beginning, picking the topics that interested me. I love finding more women in the PF space.
August 21, 2020 at 5:19 PM

Jillsabs said…
You're welcome! I really love her interviews with non-authors or bloggers, but just regular people who managed to reach FIRE through consistent efforts. Happy listening!
August 22, 2020 at 6:14 PM