The Queen's Gambit: Genius Not Needed in Personal Finance 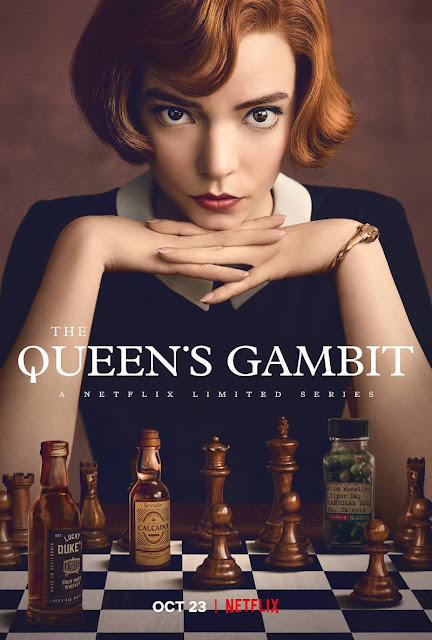 The Queen's Gambit tells the story of Beth Harmon, an orphan with a tumultuous past who turns out to be a chess prodigy. That storyline could have easily made it into a melodrama mining the usual tropes of poor, defenseless orphans and a feel-good ending where she beats every single one of her detractors to a pulp.

But there were no such rehashed storylines in the Queen's Gambit. Instead of a bullied orphan, we had a confident girl who had long embraced that she was different from others and was ok with it. However, Beth's problems went so much deeper than fending off the mean girls, as her troubled past made her feel isolated and lonely, therefore paving the way towards alcoholism and dependence on tranquilizers. 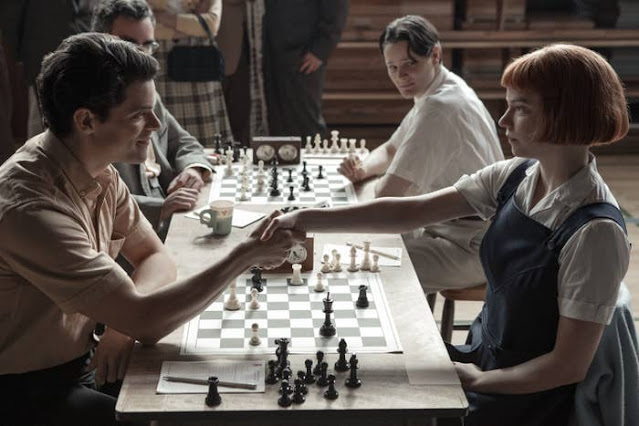 There are so many themes worth exploring in The Queen's Gambit (i.e. overcoming demons, creating family where you find them, looking beyond your nose to find support), but I'll zoom right in to the personal finance angle because this is a personal finance site after all.

Towards the later part of the movie, Beth won a place to compete in Russia but was having trouble raising  the cash to pay for her trip. She lamented to her friend Jolene that she should not have wasted her money on pretty clothes or spent so much on fixing her house. Jolene eventually lent her the US$3,000.00 she needed to go to Russia because Jolene had regularly saved money to pay for law school and had more than enough to lend to her friend. 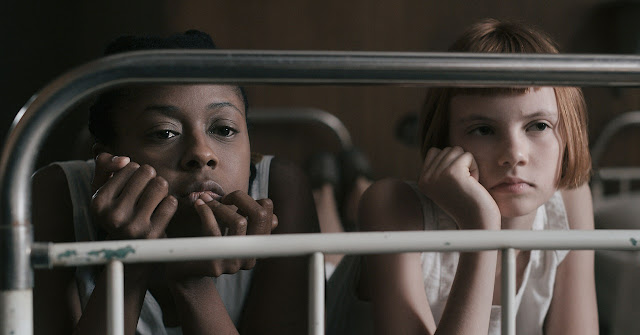 That scene was also a wake-up call for Beth because she realized that she was not alone after all. Jolene told Beth that Mr. Shaibel was not the only one who kept tabs on her, as she used her candy/ice cream money to buy newspapers so that she can be updated on Beth's achievement as a chess prodigy.

Jolene then pressed Beth to take the money, because that's what family did. Family supported each other. 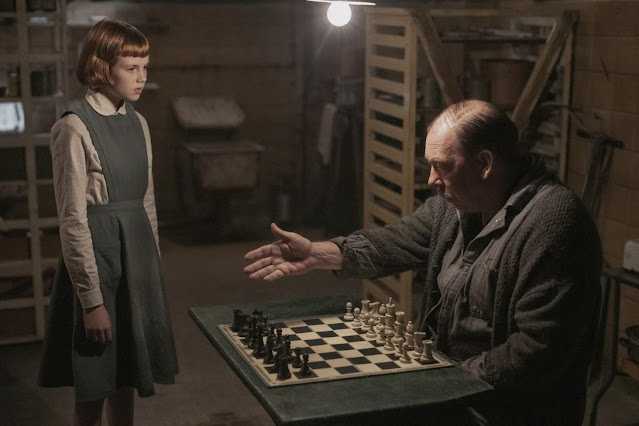 Anyway, back to personal finance!

People think that personal finance is about numbers. That if you're good with math or you're a brainiac, then you'll be automatically good with your finances too. 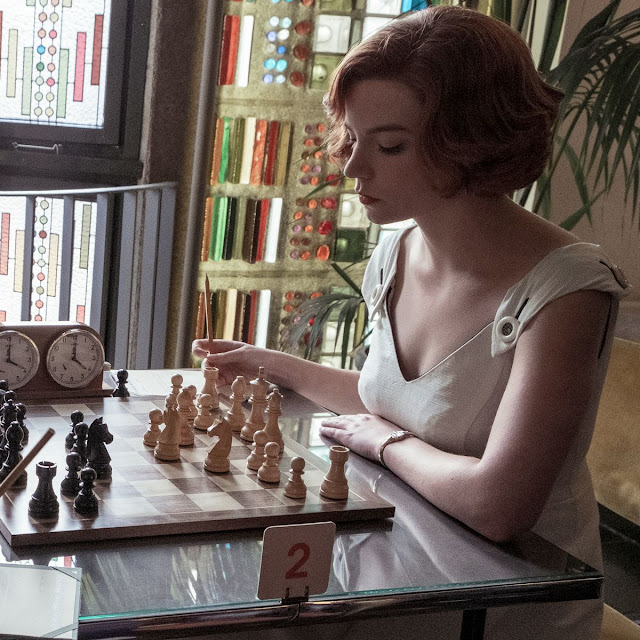 As we've seen with Beth, you can be a chess genius and still be lousy with handling your finances. This is because the most important skill you can have when it comes to managing your personal finances is a healthy level of self-awareness.

Because Beth was overwhelmed with feelings of isolation and loneliness, she could not rise beyond her stupor to manage her life, let alone her finances. Her level of self-awareness was close to zero because she had been on auto-pilot mode for the longest time, just barely keeping body and soul together. Jolene's fortuitous reappearance in her life literally saved Beth as her friend's presence and support was a lifeline she used to hoist herself back ashore.

With her head clear of alcohol and pills, Beth could finally think straight and make decisions that would redound to her benefit. 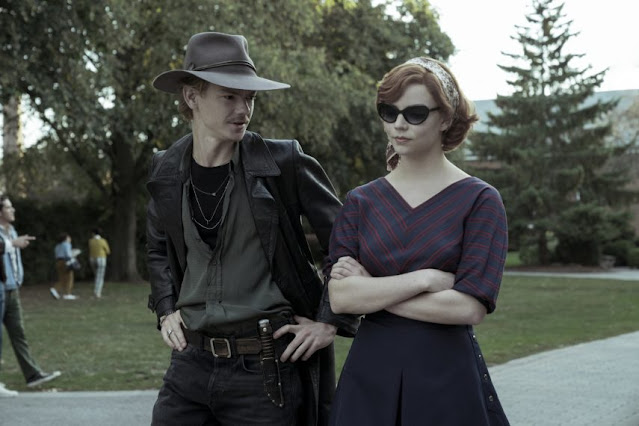 It wasn't part of the ending but I'd like to believe that with Jolene and her chess buddies providing the support she craved, Beth used that same strategic mind that led to her fame as a chess genius to figure out what really made her happy and then aligned her actions and decisions towards achieving her version of happiness sooner rather than later. Because really, when you distill it to its most basic, a good financial plan is essentially acknowledging what brings you joy and then plotting a path towards that.

There's no word yet if Netflix will renew The Queen's Gambit for a second season and while I'd love to see more of Beth, I'm satisfied with the ending where she's finally at peace with herself and playing chess just for the sheer joy of it. 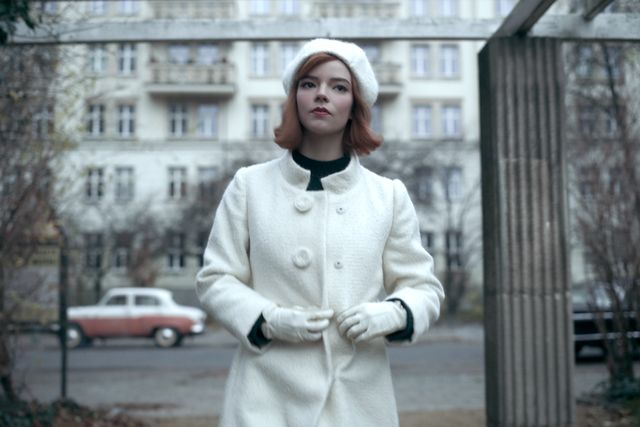 May we all be so lucky to experience that level of tranquility in our lives.

Mr. Triple P said…
Loved this show, but didn't notice the PF angles in the story. I was so engrossed with the Chess matches! I wish they could have shown more of the matches. I just realized that buying that house/paying the remaining mortgages was a wrong move in my opinion. Not only because the dad was a pain in the butt, but she was also single and sort of starting her career- she didn't need a big house! :)
November 25, 2020 at 4:01 PM

edelweiza said…
My brother is recommending this show to me. Sabi nya maganda nga raw. Put it in "My List" but haven't gotten around to watching it. One weekend, perhaps. Good personal finance insights you got there, Jill. And as always, I enjoyed reading your very informative post. :)
November 27, 2020 at 9:06 AM

Jillsabs said…
Mr. Triple P- That's what my friend who's into real estate said too. She could literally live anywhere so she didn't need that big house to tie her down and mess up her finances. This was an emotional move from Beth as she equated that house with the security and love she received from her adoptive mother, so she wanted to keep it.

Edel- I'm glad you enjoyed the post! And just like your brother, I highly recommend that you watch the Queen's Gambi too.
December 1, 2020 at 12:16 PM

George@20somethinglawyer said…
There seems to be a pattern of single women buying homes, even multiple homes, like in the case of the Kardashian-Jenners. I myself bought my first piece of real estate while still single. It wasn't bad!